Aflatoxins are a type of mycotoxin produced by fungi that can grow on feedstuffs such
as corn grain, corn silage, and cottonseed. Because of its cancer-causing properties in humans, the FDA has strictly limited the allowable aflatoxin concentrations in dairy cattle rations to 20 ppb. Additionally, milk sold for human consumption must have an aflatoxin concentration below 0.5 ppb, meaning that any load of milk testing above that threshold will be rejected by the milk processor! Aflatoxin contamination can thus cause great economic harm to producers.

Consequently, farmers often implement pre-harvest strategies to minimize mycotoxin appearance in their feed. However, despite these mitigation practices, problems with aflatoxins can still pop up in the feed bunk and wreak havoc.

Furthermore, the effects of aflatoxins reach beyond just the bulk tank. In fact, aflatoxins can cause a host of issues within the dairy cow that often go unnoticed. Aflatoxins may cause dairy cattle to become lethargic and can decrease feed intake, feed efficiency, and milk production. For instance, a recent study from our group reported a reduction in feed efficiency for energy corrected milk (ECM/DMI) from 1.46 to 1.18 when post-peak lactation cows were given aflatoxin-contaminated corn grain. Aflatoxins also contribute to a host of reproductive disorders, such as abortions and fetal damage.

Aflatoxins are toxic to dairy cows, specifically to the liver, and can cause inflammatory responses as well as compromise the cow’s immune system. Aflatoxins have been found to alter certain blood parameters associated with inflammation and immune stress, such as blood cholesterol, albumin, and betahydroxybutyrate (BHB). Additionally, production of enzymes associated with detoxification may be negatively affected when cows are exposed to aflatoxin.

With an increased interest among producers in the link between immune health and performance and longevity in dairy herds, more research has been conducted to study the immunological effects of aflatoxins in dairy cows. Recent research from our group has sought to find a connection between aflatoxin contamination and immune health while also finding methods to alleviate inflammation and immune stress when cows experience aflatoxin contamination in their feed.

One of the most common dietary strategies to minimize the effects of aflatoxins is to include an adsorbent in the ration, typically a clay- or yeast-based product. This is a relatively cheap and safe way to battle aflatoxin contamination. In a nutshell, these adsorbents work by adhering to aflatoxins directly, which minimizes the amount of aflatoxins getting into the cow’s bloodstream and from there into the milk. Researchers from Texas A & M University at College Station reported a 71% reduction in milk aflatoxin concentration when an adsorbent was added into the diet. Other studies have found an increase in milk yield and milk component production when adsorbents were included in the ration. However, a reduction in milk aflatoxins and increased performance are not the only benefits of supplementing with adsorbents.

A study from our group reported a reduction in liver inflammation when 8 oz. of a clay adsorbent was added into the diet during an aflatoxin challenge (Figure 1). Additionally, the study reported that enzymes such as glutamate dehydrogenase and alanine aminotransferase, which are indicators of immune health and liver functionality, were present in greater concentrations in the liver and in blood when the clay adsorbent was added into the diet. The study concluded that the use of a clay adsorbent during an aflatoxin challenge had a positive effect on milk production, milk aflatoxin concentration, and liver inflammation. This means that in addition to minimizing aflatoxin contamination of milk, adsorbents can play a major role in bolstering the cow’s immune system. 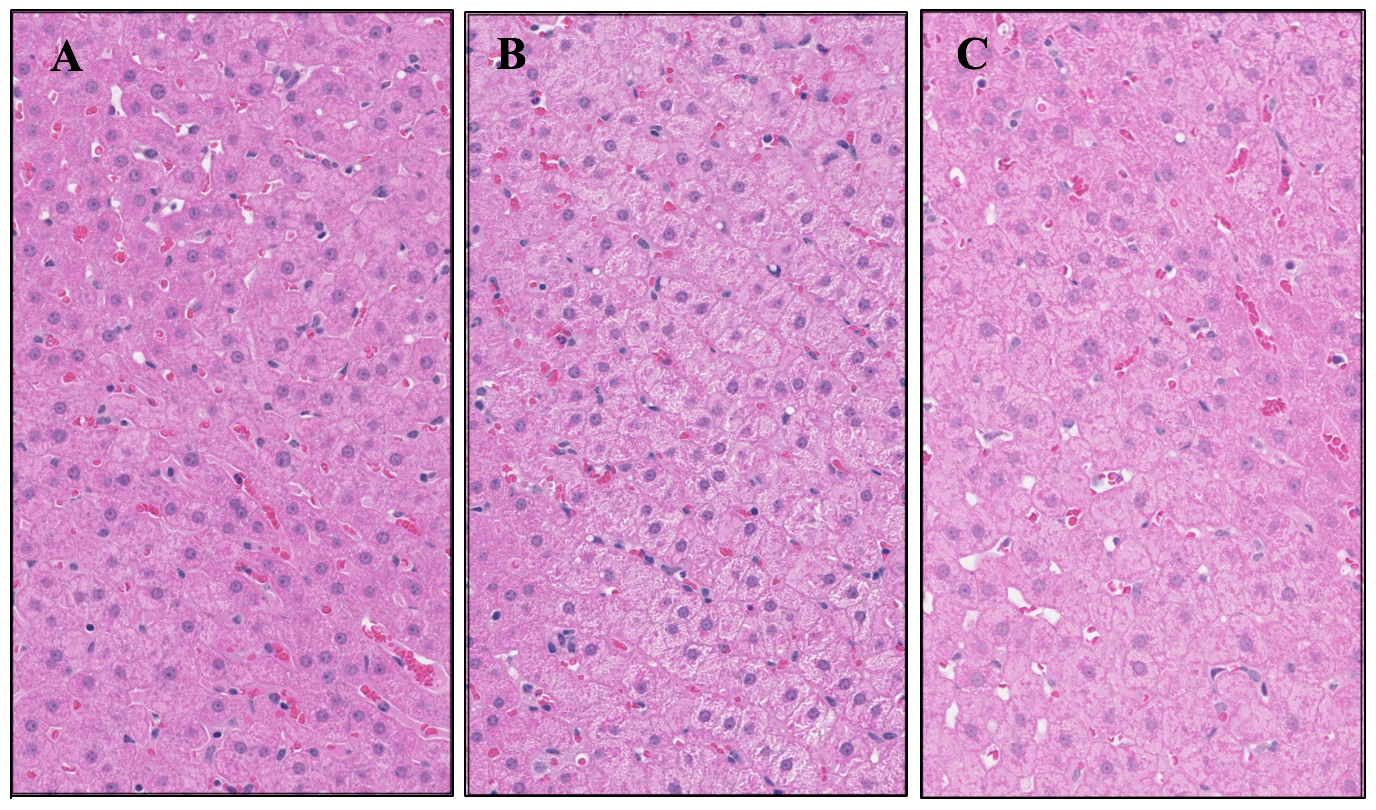 Trace minerals are vital in supporting a strong immune system. Specifically, trace minerals such as copper, selenium, zinc, and manganese play an important role as co-factors for enzymes that help detoxify harmful compounds within the cow, including aflatoxins. Two of these detoxifying enzymes are superoxide dismutase and glutathione peroxidase. Our group tested the effects of supplementing cows with an injectable form of trace minerals (copper, selenium, zinc, and manganese) during an aflatoxin challenge. Cows given the injectable trace minerals were more capable of producing detoxification enzymes in the liver and in the blood. Additionally, injectable trace minerals may help minimize the amount of protein breakdown that occurs in the liver during aflatoxin exposure.

Potential rejection of loads of milk is undoubtedly the first area of concern when the topic of aflatoxins is discussed—and deservedly so! It can cause a major economic blow to a producer who has a problem with aflatoxins in their ration.

However, in order to fully understand the problem of mycotoxin contamination, one needs to understand that the harmful effects go beyond the milk tank. Aflatoxin has been proven to cause multiple negative consequences if ingested, and recent research has confirmed that it is detrimental to the immune system of dairy cows. Therefore, solutions to the problem of aflatoxin must also address the prevention of immune-related injuries to cows. Supplementation of adsorbents in diets and the use of injectable trace minerals are both potential solutions that can address these concerns and help support a strong and healthy cow.