Heat stress occurs in dairy cattle when there is a negative balance between the amount of heat energy an animal produces and the amount transferred from the animal to its surrounding environment. An estimated $2.4 billion is lost annually in livestock production due to the effects of heat stress, including roughly $900 million in the dairy industry. These economic losses in the dairy industry are mainly attributed to decreased milk production, adverse effects on milk composition, decreased reproductive performance and increased culling rate. Many heat abatement practices have been implemented on dairy farms. Some of these practices include increasing shaded areas, increasing air velocity by use of fans, and water-soaker lines to increase evaporative heat loss. Even when these management practices are implemented, heat stress still causes significant economic issues for dairy producers on a national and global scale.

Historically, a decrease in feed intake has been assumed to be the primary driver of reduced milk yield in cattle experiencing heat stress. However, recent research has demonstrated that declining feed intake only accounts for approximately 35 to 50% of the decrease in milk yield. Other more chronic physiological and metabolic alterations also play a role. Not only does heat stress decrease overall milk yield, but milk composition is also altered, specifically milk protein concentration. Previous research has also found decreases in milk protein and milk casein concentration when cows are subjected to elevated ambient temperatures. These alterations in milk composition seem to be due to factors beyond a decrease in feed intake and are likely caused by reduced delivery of protein precursors to the mammary glands and increased utilization of amino acids for other biochemical processes, such as acute phase protein and heat shock protein synthesis.

Feeding diets balanced for proper amino acid content increases lactation performance and milk protein and fat concentration while also improving responses to stressful conditions, under which feed intake often decreases. Specifically, improved lactation performance and reduced inflammatory responses have been reported when the most limiting amino acids for dairy cattle (methionine and lysine) are fed in their rumen-protected form. The figure below shows the milk protein concentration at the bulk tank for our from January 2014 through April 2021. You can see that since we started formulating diets for amino acids, our milk protein concentration has increased linearly (Figure 1). 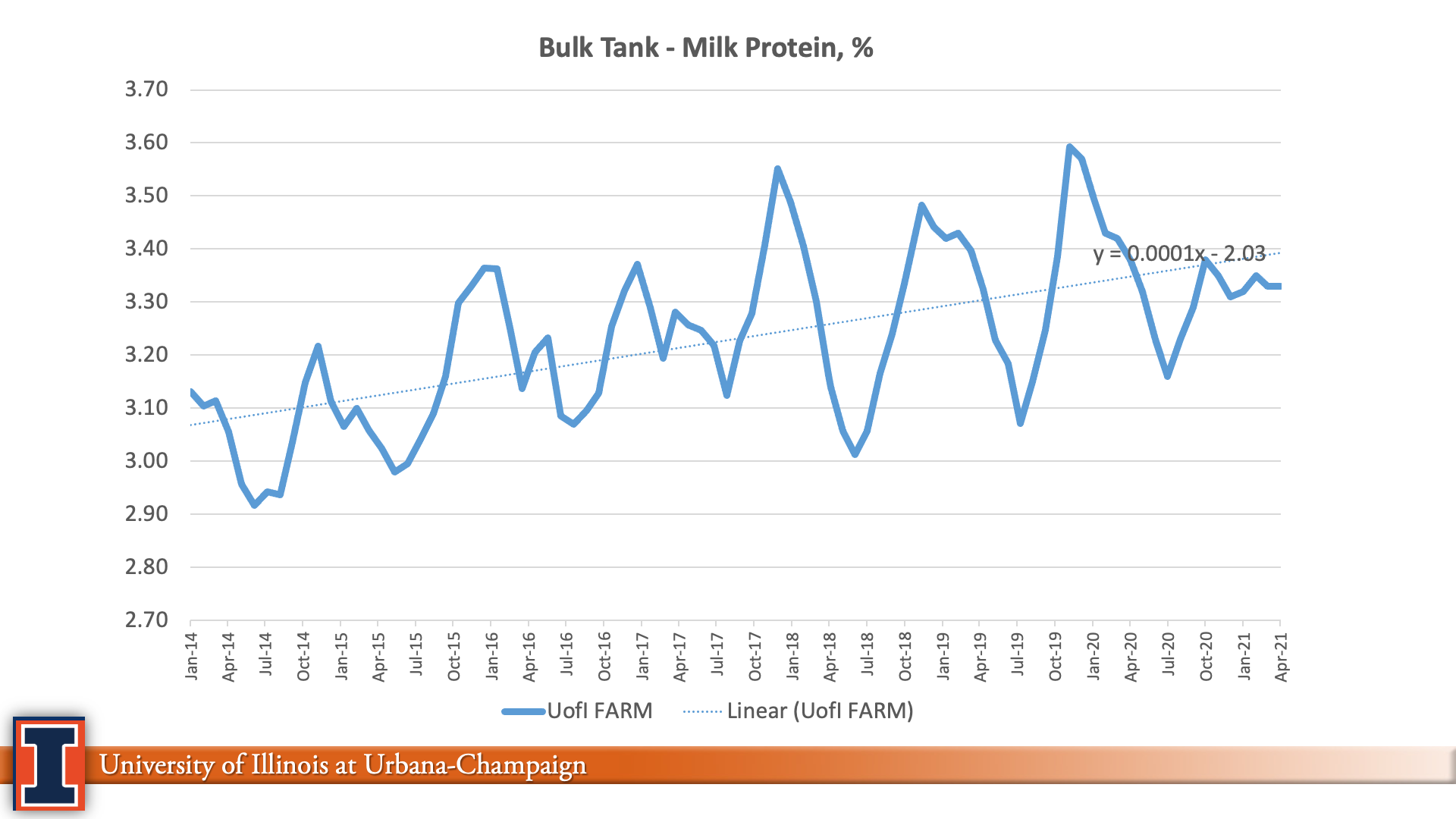 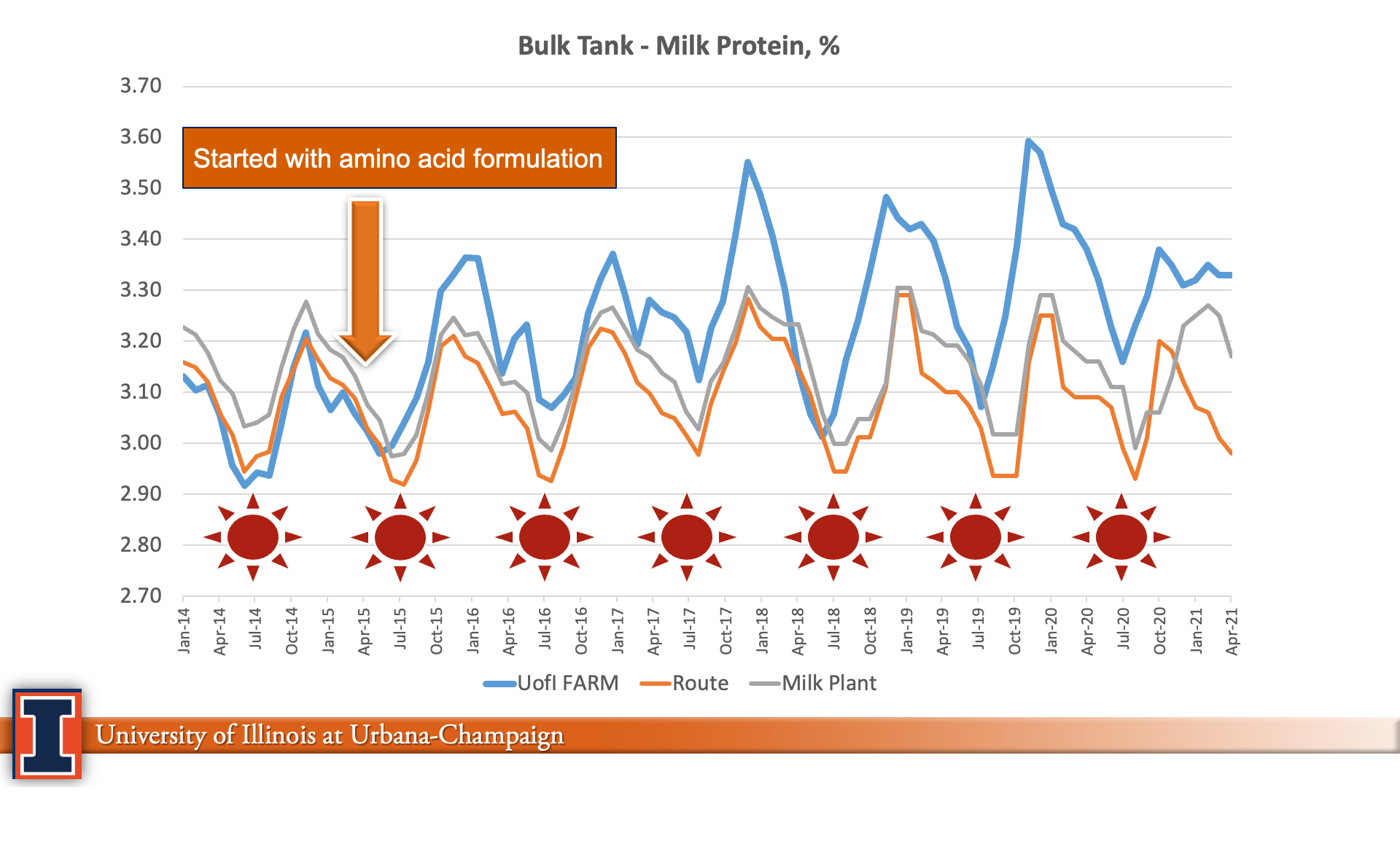 We have been learning a lot about how to formulate diets for amino acids. Here are some key points:

Talk with your nutritionist, veterinarian, and dairy consultant about how to formulate your cows’ diet for amino acids to improve performance during the summer and after. We’re glad to join the conversation!