The principal functions of ventilation systems are to remove stale, moist air and bring in clean and fresh air. An adequate ventilation system needs a pressure differential to move air and must have controlled inlets and outlets for direct movement. It also has to turn over the air within the building at recommended rates.

There are three different ventilation methods: natural, mechanical, and hybrid systems.
In natural systems, inlets control air speed and direction and outlets provide draw for the inlets. Mechanical ventilation systems can work either with positive pressure (air is pushed into the building) or with negative pressure (air is pulled out of the building). Hybrid systems combine natural and mechanical systems.

Cows are constantly producing heat and moisture. Holstein cows can maintain their productivity levels at a temperature range between 20°F and 76°F, if relative humidity is not too high. During summer, barn and ambient temperature should equal. Cows can better tolerate temperatures below this optimum range than above; for example, cows can with- stand temperatures below 20°F if they are kept dry and out of the wind. Cows are likely to suffer heat stress when their body temperature is above 101.5°F (normal body temperature) and when their breathing rate is above the normal 50 breaths per minute. Cows suffering heat stress will have reduced feed intake and lower milk yield, and will also be at increased risk of laminitis due to their altered eating patterns, decrease in rumination, and longer standing times.

The temperature–humidity index (THI) is a measure that combines the effects of temperature and relative humidity (RH) into a relative measure of heat and allows comparison of different temperature and humidity combinations. It has been estimated that each increment of THI above 72 could lead to a decrease in dry matter intake of 0.5 pounds per day, and to a 0.9 pound drop in daily milk yield (Table 2). Temperature-humidity index can be calculated as follows:

Table 2. How cows can be affected by elevated temperature-humidity index.

During winter, barn temperature should be no more than 10°F above ambient temperature to avoid excessive levels of moisture inside the barn. The barn could have ventilation problems if water is condensing on the walls or ceiling, if there is any presence of mold, if the barn smells strange or if a strong ammonia odor is detectable. Also, areas with no air at all, animals that are are not breathing normally, are signs of ventilation failures. If the barn has fans, they all should be clean and working properly.

In the summer of 2014, the Dairy Focus Team visited 20 dairy farms located around central, northern, and southern Illinois. The purpose of the visit was to improve those farms by determining their strengths and weaknesses, and identifying opportunities for improvement as well as threats to the farms. One of the objectives of these visits was to investigate how ventilation systems were working and if there were opportunities to improve ventilation in Illinois dairy farms. 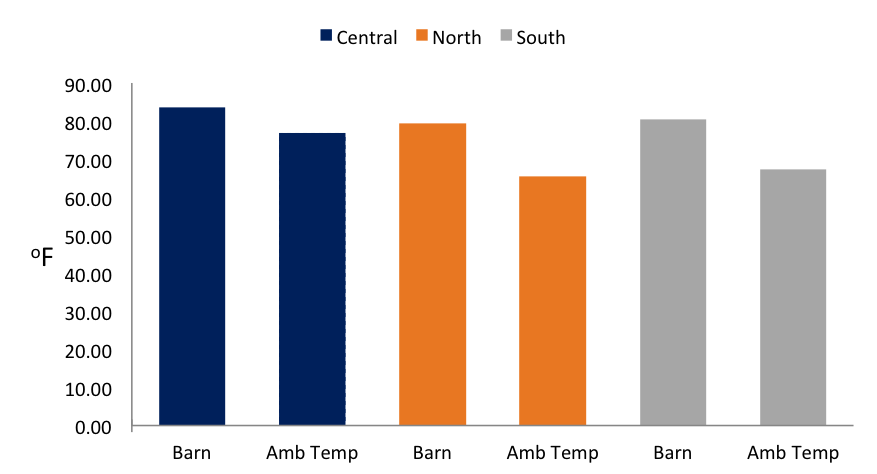 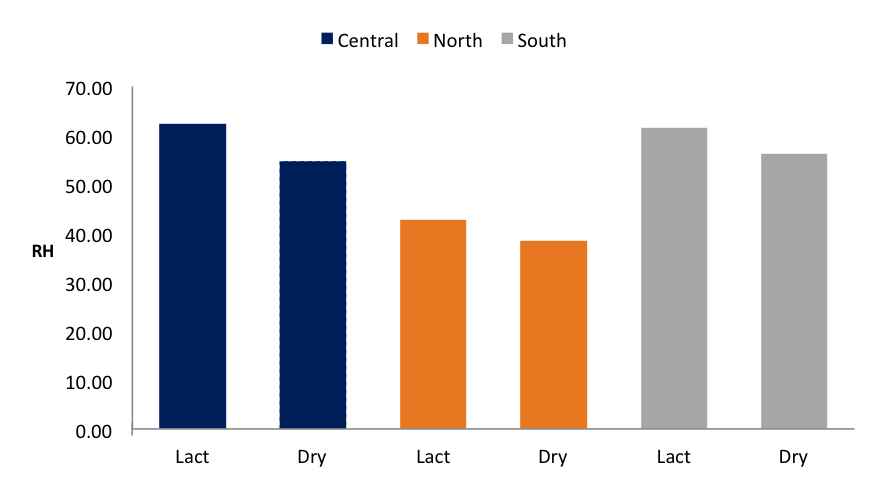 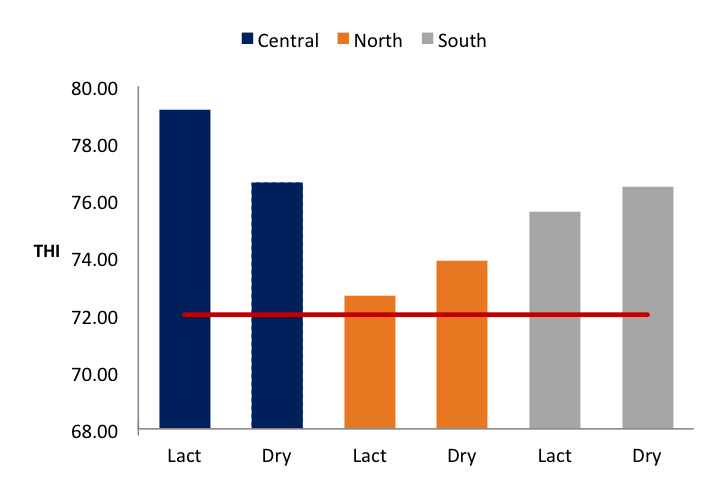 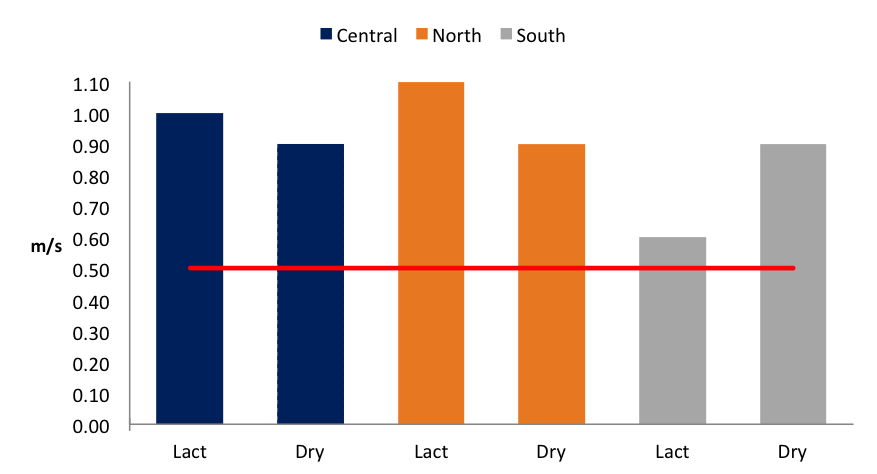 Figure 4. Differences in average wind speed between dry and lactating cow barns within regions in Illinois.